Will English lose out as the lingua franca?

16th century Holy Roman Emperor Charles V apparently said that he spoke Latin with God, Italian with musicians, Spanish with his troops, German with lackeys, French with ladies and – wait for it – English with his horses!

Obviously, he would not have believed it possible that the English language he dismissed so rudely would become the language of choice for businesses and people all over the world, looking for a common language in which they could communicate with each other. According to Nicholas Ostler, however, this situation won’t last.  In his book ‘The last lingua franca‘, Ostler – President of the Foundation for Endangered Languages – argues that English will lose its dominant place and no other single language is likely to replace it.

His point is that there have been many equally powerful languages throughout history – Greek and Latin are prime examples – and they eventually die away.  Others say that English has no serious competition, and it is spoken by choice rather than conquest, so is likely to keep its pre-eminence.

Ostler disagrees, saying its influence will decline as Anglo-American power diminishes, and no other language will be strong enough to replace it, so people will fall back on their own languages.

Perhaps the good news, if this happens, is that the need for translation services will never die!

You can get the book here — and through all good bookshops. 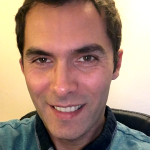 How do I become a Police Interpreter?